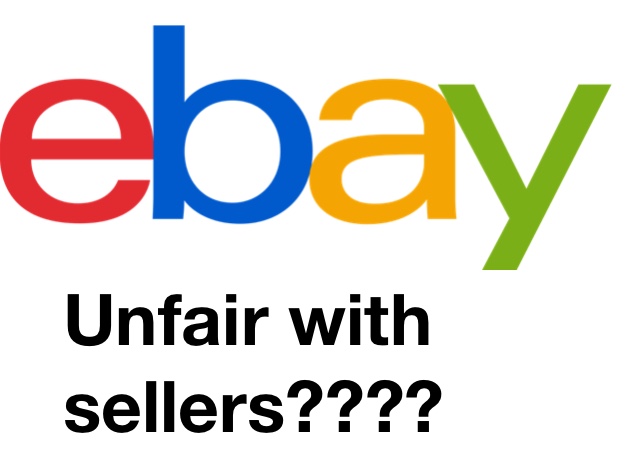 We want to share with you some of the most recent unfair experiences that we have had as sellers on eBay. Don’t get us wrong, we have a decent amount of items on eBay and we will probably keep on selling on their marketplace for a long time, but, seriously, the way eBay have set up their policies, is mostly fair only for buyers, and not for sellers.

We also have to be fair to say that in later years, especially since eBay got separated from PayPal, they have added some more policies that have helped a little, but for the most part, there are still a lot of buyers taking advantage of some eBay policy loopholes and sellers like us; sellers that try to do the most honest and fair sales practices.

So without further ado, here you have 3 of the latest and most recent unfair cases we had:

CASE NUMBER 1: THE MACBOOK AIR REPAIR GUY THAT DOESN’T KNOW WHAT HE BUYS.

We sold to an eBay buyer, a MacBook Air 2012 13″ LCD Screen Assembly, complete, in a nice and working condition, and the listing title said very clear that it was a 2012 model, with the addition of the model number A1466. 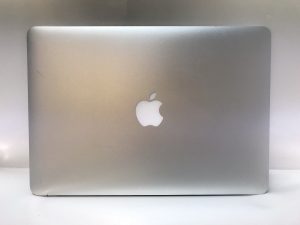 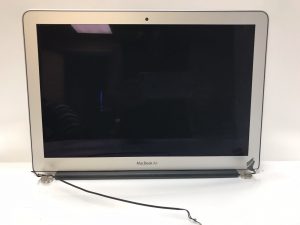 The listing description was very clear as well, indicating that it was for a 2012 macbook Air.

A few days after the transaction was done, and after the buyer got the item delivered, he opens a return request, and the reason he gave on the eBay return request was “it did not fit”. On the description of the request he further explained this: “Doesn’t fit, 1 CABLE FLEX WAS BIGGER THAN THE OTHER COMPARED TO MINE”, without any extra explanation. He then insisted we sent the wrong part, and it did not fit his macbook air, which was in repair.

We requested the buyer to provide a picture of the serial number of the macbook air he was repairing and it took us almost a week to finally get a picture from him. After searching the serial number at Apple.com, we found out that his macbook air was a 2015!!!! so even though the model A1466 matched with the item we sold, the laptop was from a different year and of course, knowing how Apple changes his designs on every new laptop, it will never fit. 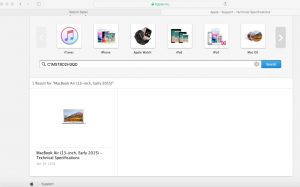 In the end, the buyer never admitted he made a mistake, we had to take the return anyway (due to eBay policies), and when we got the lcd back, the bezel around the screen was a little separated, and it looked like the buyer somehow tried to open the whole assembly, who knows why, maybe in the hope that they could change the cable or maybe use the LCD by itself in another assembly.

Even though we had the item back in a modified and tampered state, we still had to give a refund to the buyer, since eBay will not decide that the case was in our favor, because the buyer in his messages never admitted that he manipulated the item or tried to open it.

We lost the sale, we had to give the money back to the buyer and on top of that, in the end we had to pay the original shipping cost of the sale… not fair at all.

CASE NUMBER 2: BUYER SAYS HE BOUGHT BY MISTAKE, STILL EBAY STRIKE US WITH A DEFECT.

This case is another case of a buyer that got another macbook air LCD from us, but, in this case the seller admitted he bought it by mistake, and wants to return it. We replied immediately after the return request was open, and asked the buyer to agree by message that we will give him a refund minus the original shipping and minus a restocking fee. The buyer never replied to agree, and after the 3 business days passed, the buyer asked eBay to step up and because of that, eBay strike us with a defect. Even though the buyer admitted he bought by mistake. The reason eBay did it is because their policy says that “you have 3 business days to solve the problem with the buyer, either by accepting the return or offering a partial refund”. So we missed the 3 business days deadline waiting for the buyer to respond and the case was decided by eBay in the buyers favor. Not fair.

The third case is for a buyer that bought a Macbook Pro Early 2009 17″ from us. After he got the laptop delivered, he sent 3 consecutive messages asking what was the password for the Mac OS, even though the password was in the listing description. After we replied the 3 times he made the same question, Then, he goes ahead and leaves a negative feedback. Then he opens a return request with eBay, saying the super drive (the optical drive) on the laptop won’t take any discs, after admitting that he had to reinstall the Mac OS, probably messing up the software or drivers that keep all the laptop devices (like the optical drive) running smoothly. We offered the buyer a partial refund for the alleged non functional optical drive, which the buyer accepted, and even after the partial refund, the buyer will not change his negative feedback to at least neutral. He still left it as negative.

We can not say there are only problems with the new eBay policies. We have had 2 or 3 cases already that eBay closed right away in our favor, where the buyers admitted in their messages that they have manipulated or opened up the items we shipped. But for the most part, if the buyer never admits they made something wrong, tampered the item, or of they say it doesn’t match the item description or the item doesn’t work as described, eBay will decide in the buyer’s favor and not in the seller’s favor. We think there is still room to improve a lot of aspects of these policies, especially to make them more fair for sellers, and to punish the dishonest and unfair buyers that take advantage of these little tricks or loopholes.

Also it is important to note that the sellers can report any problems that they have with buyers, but that information will remain confidential, just between the sellers and eBay, and if eBay notices a pattern on dishonest buyer behavior, they can take action against the buyer, but that is also confidential information that will not be disclosed to buyers or sellers.

Hopefully this info helps not just other sellers out there with problems, but also the eBay officials, who should be the ones paying attention to this cases and make sure their marketplace is a little more fair with the sellers too and not just the buyers.